“Imagination is it own form of courage.” 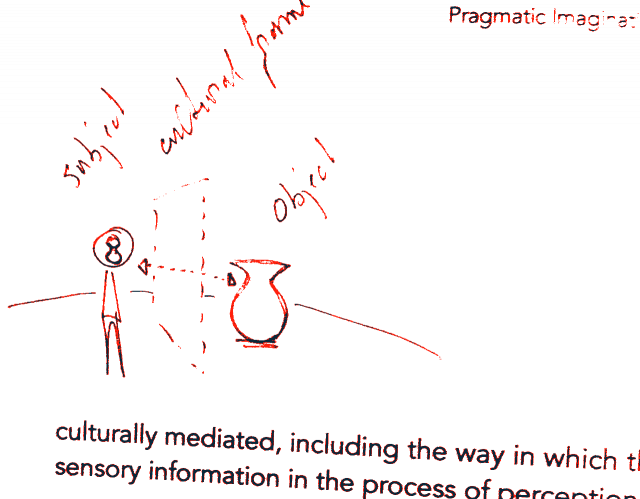 “The power of humans to form internal images of objects and situations.” The imagination relies on stored images which can be activated and then worked on to form novel combinations. These stored images come from experiences in both the outside and inside world. The imagination adapts (combines, reworks) these images to create new ideas and new behaviour.

How imagination differs from creativity

“Novelty” as the shared defining criterium for both imagination and creativity. But:

Where creativity is purposeful and aims towards a “product” in the “real” world, imagination is emergent and the result is the newly created internal image itself.

Precisely because it is play over purpose and not beholden to constraints or definitions, the “products” of the imagination can be put to pragmatic use in an uncertain world.

A spectrum of imagination

Historically, the imagination was perceived as an undisciplined force for artistic creativity, fantasy, radical discovery, invention. Solving “real” problems in the “real” world would be better left to logical reason.

Plato was suspicious about the irrational imagination and found it inadequate for achieving real knowledge. Aristotle saw the imagination as the necessary but not particularly creative mediator between sensory perception and building an understanding about those perceptions.

Which turns out to be an unproductive split without any scientific basis. To the contrary, the imagination plays an important role in a wide spectrum of cognitive activities.

Role of the imagination in perception and reasoning

Modern philosophy and cognitive research has greatly expanded the role of imagination, including “the capacity to form images that aid the various processes of reasoning, and to form images that integrate sensory data in the process of perception, itself”.

Via Hobbes (17th century) and Kant (18th century) the imagination, as a tool for transferring experience into memory, becomes foundational to all meaningful experience.

20th century congnitive psychology further expanded the role of imagination by showing that the imagination is necessary for first order perception, itself. Because humans are embedded in culture. This culture influences the human and thus it also impacts how sensory information gets translated into perception. The mental images we form from perception are influenced by the culturale frame or lense we use for making sense. Different people will have different perceptions about the same event or object. (See also: different or even conflicting eye witness accounts of a single event).

So, imaginations supports a wide spectrum of activities, from perception through reasoning to novelty.